It’s seriously like listening to another band. I heard Flesh Cathedral

back when I was going through some early 2010s ortho black and thought they were the pinnacle of “overrated dissonant mess” that plagued that time period. Now they’re actually writing riffs and shit, while maintaining still a sense of pretentious art student entitlement that is key to making a good ortho black album.  I really want to listen to The Synthesis of Whore and Beast

now to see just how recent that development into a competent band is. Seriously, the drumming on the title track is super kino, can’t wait for the full length (it has to happen eventually, right?).

VERY serious album of the year contender, if anything for being one of the most esoteric and bizzare black metal releases this year. It’s sort of like Abruptum if made by a LLN artist circa 2017, in that it’s totally chaotic and bizzare, creeping with wretched growls and demented lo-fi synths. Sounds like some fucking goblin basement dweller black metal, and I mean that not only as a compliment, but as a highest form of compliment. This is seriously twisted without feeling overdone, as all obscure one man projects should strive for IMO. Only thing I fucking hate is that the guy only put out 20 copies of cassettes for this album, and they were only sold on November 3rd and 4th on the full moon. Like I’m impressed, but jesus I’ve never felt so shitty about not owning something in my entire life before. I mean seriously look at it 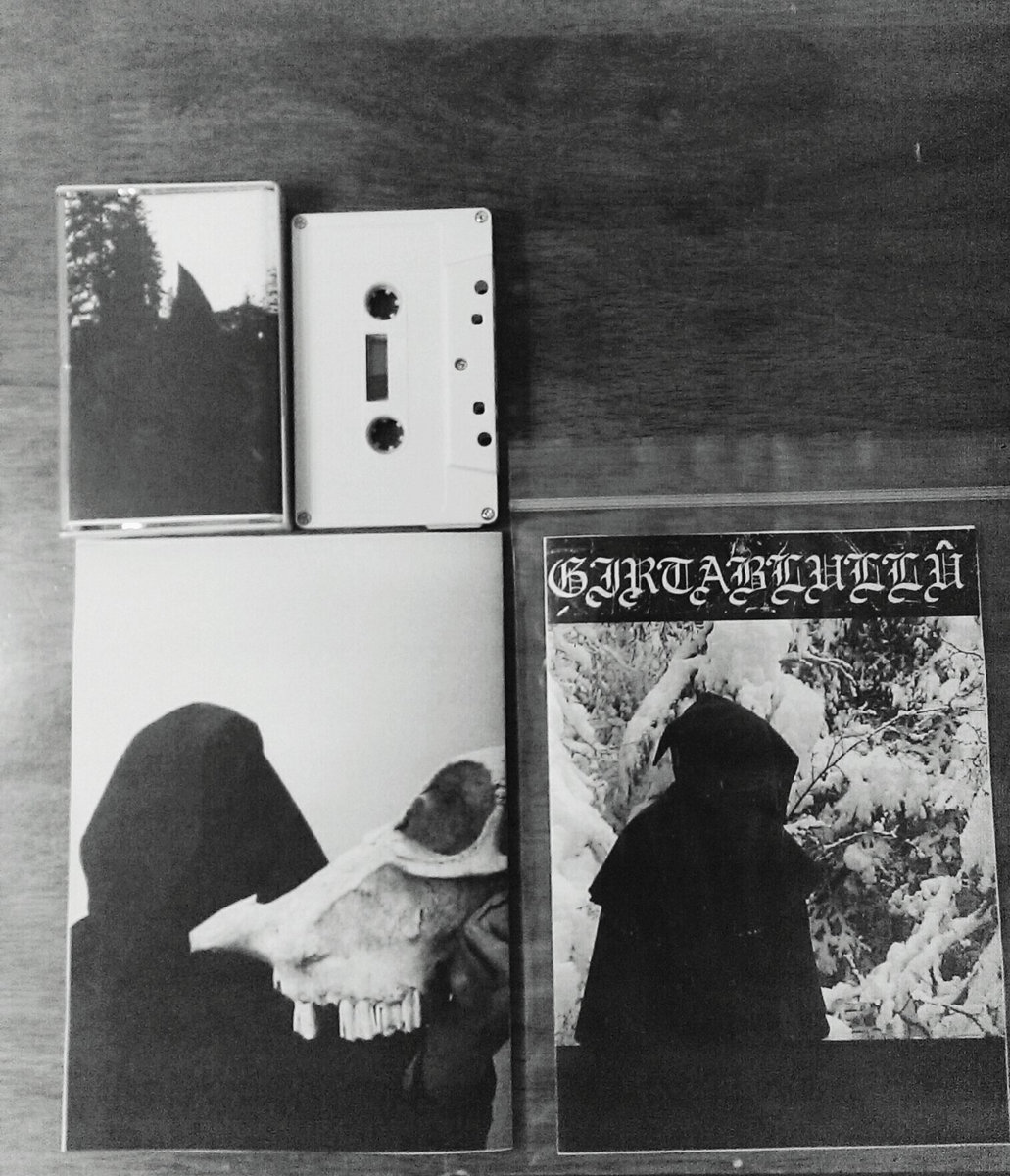 It’s a masterpiece, and I will never own it. Feels bad man.

I NEED TO GET INTO THIS BAND HOLY SHIT. Seriously some of the most epic pagan black metal albums (or 40 minute eps, whatever) I’ve ever heard. The whole thing feels like one big epic poem, like a viking Gilgamesh done by Enslaved if they had never “officially” sold out, as in when they finally stopped fighting Nuclear Blast’s terminal cancer diagnosis, aka E

(RIP Enslaved 1991-2017, death by chugging, you will be missed). There’s a serious progressive tinge here, but it’s done more conceptually rather than by any sort of time signature meme. Each track really does progress towards it’s idea in a way that never looks back but never forgets where it came from, and it’s done in almost this post-rockish, atmospheric pagan meditation style that heavily mimics something like Twilight of the Gods

, which is not necessarily unique in pagan black metal, but if I were to list all the albums that did this properly, Heljarkviða would be in pretty damn good company. Very excited to (eventually) dig into the rest of their work, have always looked for a folk/pagan black metal band to really hatch onto as a fan and this might be it.